In 2009 and 2010 we introduced (2) New World Carnolian Breeder Queens from Sue Cobey at the University of California,Davis. We also continued to get Russian Queens from Charlie Harper from Carencro, Louisiana. In 2009 we had separate Russian and Carnolian breeder yards. In  2010 we combined those breeding yards and the New World Carniolan Bees and Russian bees coexisted just fine. A matter of fact we grafted 400 queens in 2010.

After Ed retired in mid 2010 we redefined our business and beekeeping operation goals and committed to achieving them in 2014. We have begun enlarging our operation to 200 hives and have committed to producing 1000 queens in 2011. We began advertising our queen rearing operation in the Bee Culture Magazine in 2010.  We found that with assuming these new commitments there is only so much time in a day – something had to give. So we decided to sell our instrumental insemination equipment.

This year (2011) we will be receiving another Carnolian Breeder Queen from Sue Cobey and additional Russians Queens from Charlie Harper. 2011 is the start of our 9th year in which we have not used any medications on our bees and we will continue our commitment of encouraging chemical free New Jersey survivor Honeybees. 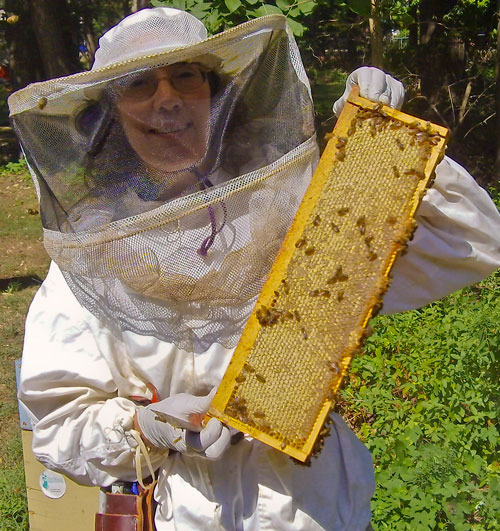